I picked up this pen from Pen Swap, and sent it right over to Mark Bacas for tuning. Since getting it back, it’s been my most favorite daily writer. (…) 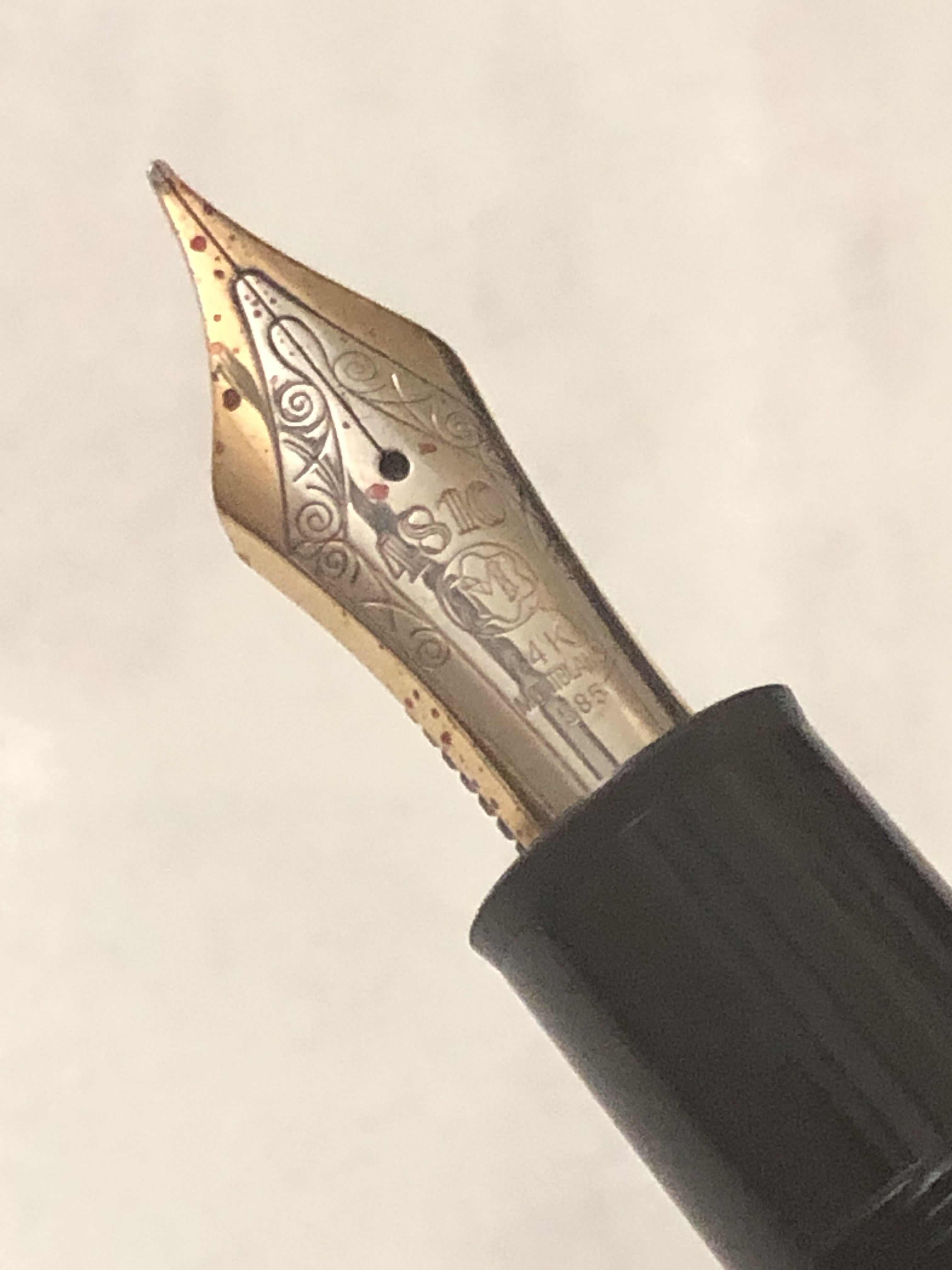 Getting a Montblanc has been on my list for some time. My other daily writer, the midi Visconti Homo Sapiens, has been my go-to for since I got it but I’ve wanted something a little bigger on the size scale. The 149 certainly checks that box. It’s certainly the largest pen that I own, and kind of reminds me of the old Napoléon quote: “Quantity has a quality all its own.” The size is very comfortable, and this has become my favorite pen.

In spite of its size, it isn’t heavy, it is surprisingly light for its size. I also have a Jinhao 159, a “copycat” of the 149, which is significantly heavier. I will say that it isn’t my practice to write with this pen posted, but if you choose to do so I don’t think the balance is put too far off. 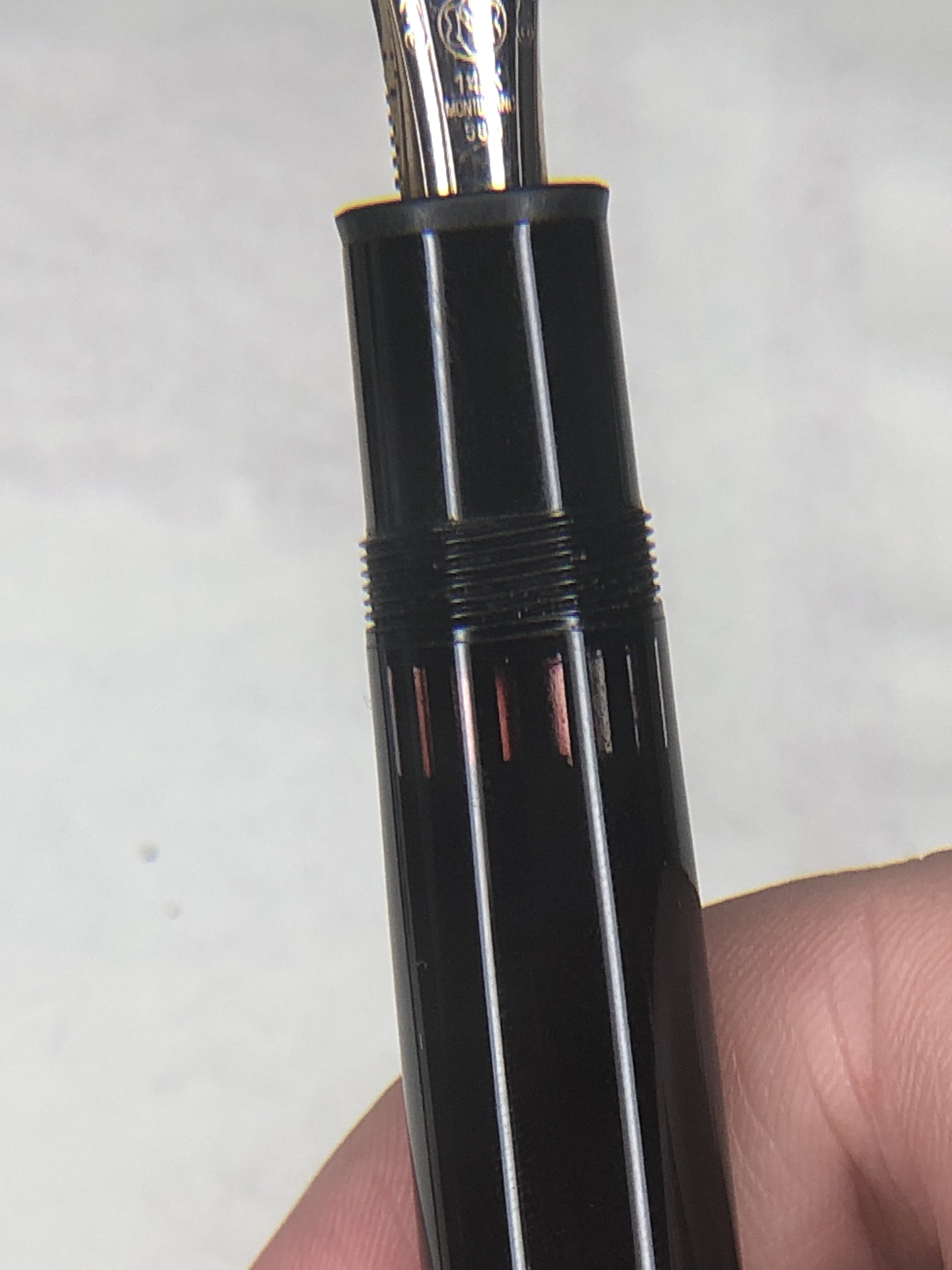 The ink window is a very nice utility to have, something that I perhaps didn’t know I was missing between my two Viscontis both lacking them. The filling mechanism is pristine, despite this pen being from the 80’s. When I received it, it still had its manufacturing sticker from West Germnay.

The pen is in an M nib that lays down a beautiful line. I originally had it inked with Montblanc Midnight Blue, though have recently been using it with Vanness Good Evening, a really lovely dark red ink reminiscent of Montblanc’s Hitchcock. 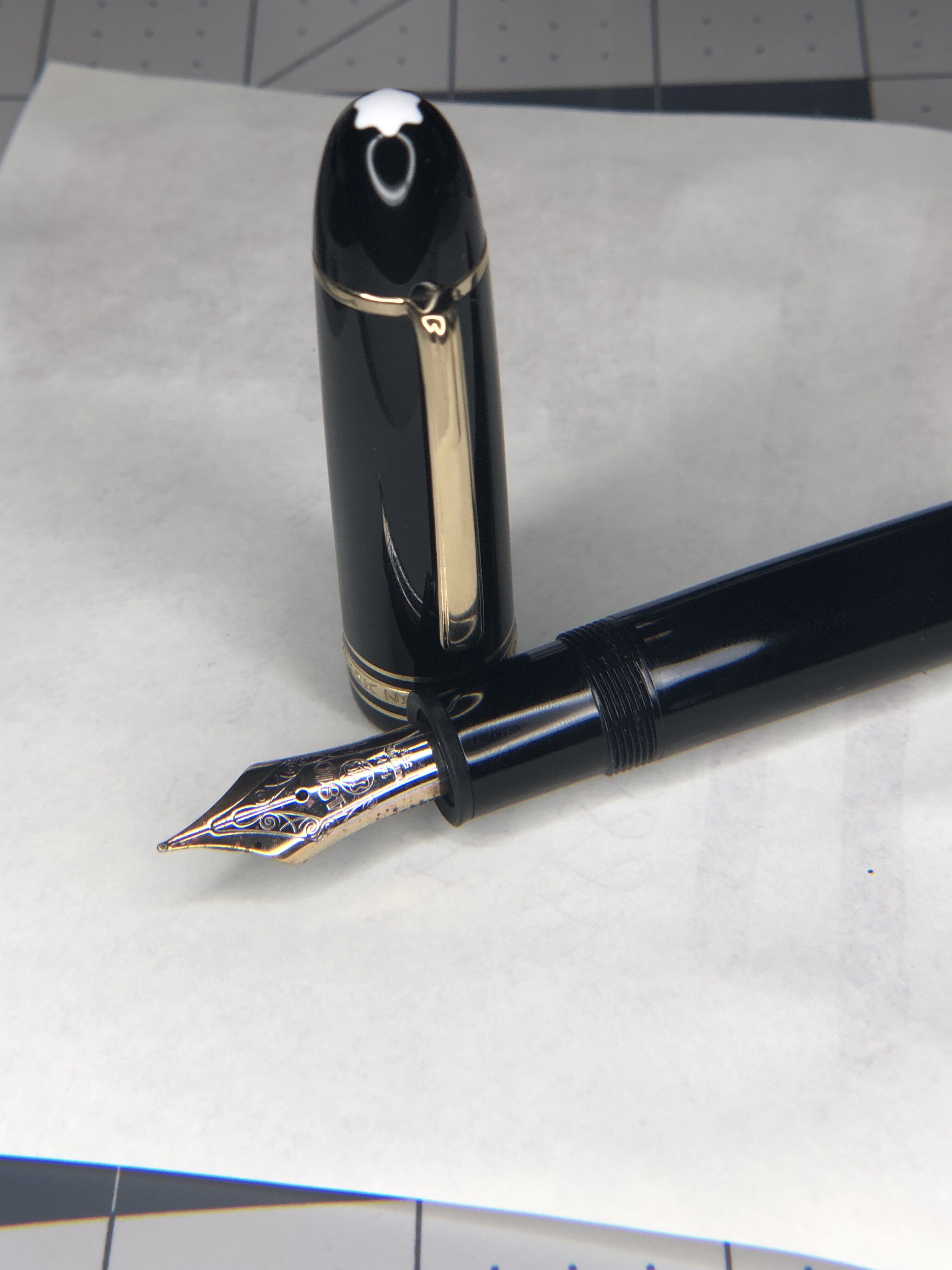 I’ve fallen behind on my reviews due to my purchasing - since buying the MB 149, I’ve also purchased another Sheaffer No Nonsense, a bunch of cheap pens to practice some nib grinding, a Pilot Vanishing Point, and a Sailor White Russian. I’ll have reviews of some of those pens coming in the future. Here’s a preview: 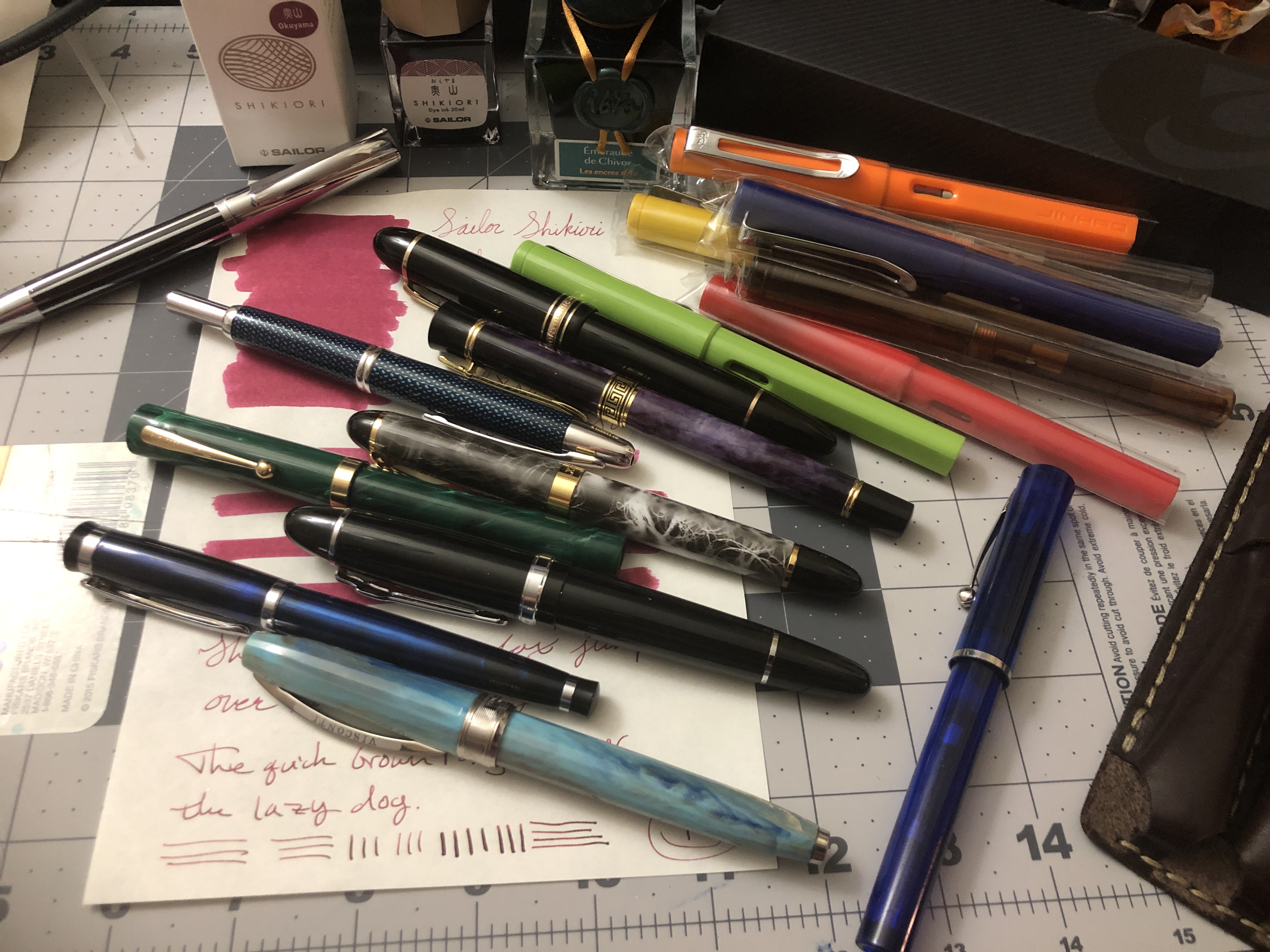