I bought this pen a little over a month ago from Anderson Pens in Chicago. Apart from a few vintage pens, and my very first fountain pen (A Lamy Safari), this is the first pen I’ve bought from someone other than Goulet Pens. This Van Gogh is the Self Portrait version, and I love the way it looks. (…) 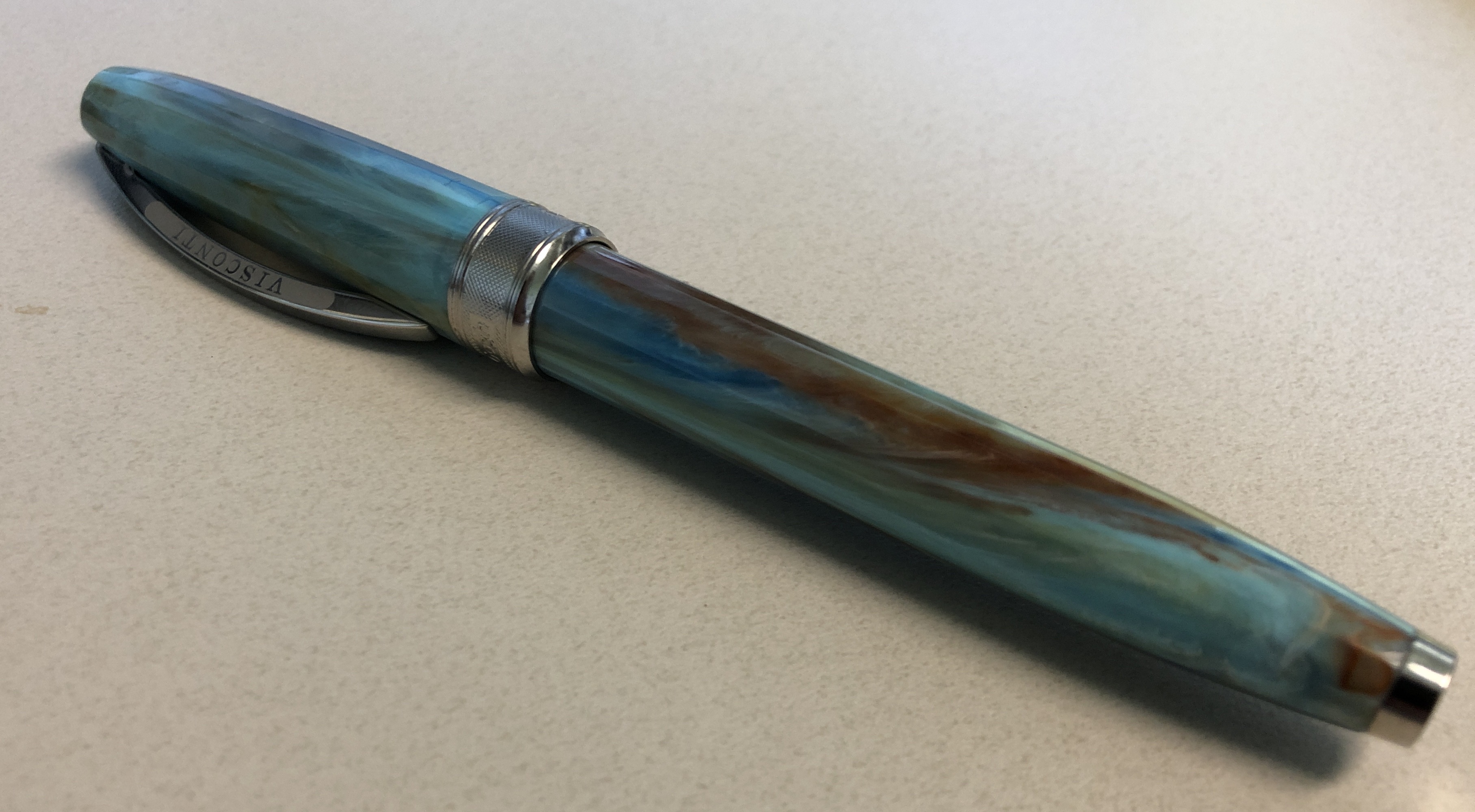 I originally inked the pen with Noodler’s Qternity, my current go-to blue-black ink. After a while, I switched to Pelikan Brilliant Brown. However, with both inks, I noticed that this pen has quite a lot of hard starts. This was frustrating, given it is currently the most expensive pen I own. My TWSBI VAC-700R became my most used pen while I considered what to do with the Visconti.

After some research, I sent the pen off to Mark Bacas, of Nibgrinder (https://www.nibgrinder.com/). After speaking with Mark, I chose to have the pen ground to a Cursive Italic. I received the pen back last week, and have been very impressed with the work. The hard starts are gone - though the pen still writes a little dry. I plan to try out Pilot Iroshizuku Kon-Peki, a very wet ink that reportedly has smooth flow. I also ordered a leather slip, though that is more for the Visconti Homo Sapien I intend to purchase soon.